Northern Counties Health Care (NCHC) is pleased to announce that plans are moving forward to make use of the Caplan’s building to better serve the community.

The organization purchased the Caplan’s building in October 2021, and since that time, NCHC has been considering the best way to utilize the building as part of its efforts to help build thriving and healthy communities. That plan has now been formed.

NCHC, following the appropriate town and state permitting processes, will relocate the Northern Express Care – St. Johnsbury practice from its current location, on the corner of Eastern Avenue and Railroad Street, to the Caplan’s Building. In addition, a portion of the building will be renovated for future community use.

Northern Express Care – St. Johnsbury opened in November 2020, through a partnership with NCHC and NVRH. The number of patients seeking walk-in care at the location has increased, and a new space is needed to meet the demand for services now and in the future.

“Vermont’s downtowns are special, and we are thrilled that the Caplan’s building will serve St. Johnsbury for years to come,” said Michael Costa, NCHC CEO. “We are grateful to play a small part in the efforts already underway to make sure downtown St. Johnsbury is a vibrant destination for our residents and visitors alike.”

NCHC plans to incorporate the building’s history in the redesign, and will also permanently recognize and remember Gary Ely as part of this project.

Beyond medical space, the building will retain some space for future community needs.

“We want to learn and grow with our community, and keeping some of the building open provides us with a platform to collaborate with our community,” said Chris Towne, NCHC Chief Strategy Officer. “We plan to convene a small group to explore other community-focused initiatives for approximately 900 square feet of the renovated space.”

NCHC is currently finalizing the design and engineering for the building and will then work through the necessary permitting steps. Northern Express Care – St. Johnsbury will open in the new location during the summer of 2023. Located at 137 Main Street, the walk-in care center was an idea that has been in the works for just shy of a year and a half. With that goal finally brought to fruition, the doors will officially open to the community on Monday, July 11.

“Bringing walk-in primary care to the downtown is a really big deal for the Newport community,” NCHC Chief Strategy Officer Chris Towne said. “We really want the community to know that we are here to support them.”

Northern Express Care was an idea that had been in the works for a little over a year and a half. Towne says the demand for express care in Newport was expressed by community members because they wanted more convenient access to healthcare, particularly primary care. Both NCHC and NCH used health need assessments to gather insight from community members. As a result, the express care project was started as an answer to what they heard back.

“This vision started in the community,” NCH CEO Brian Nall said. “This is really a response from the community’s needs and desires for convenient access. This is not a profitable venture, this is a community venture where we are looking to contribute to the overall well-being.”

The facility also serves to reduce avoidable emergency room visits, since often times the visits could be handled by a walk-in center at a much cheaper cost.

“Working together, we can get Vermonters the care that they need when and where they need it,” added NCHC CEO Michael Costa.

Costa said he is grateful for the support of the initiative from the policymakers in the legislature throughout the process, which was begun and completed during the pandemic.

Governor Phil Scott attended and spoke at the event and Senator Bernie Sanders spoke via phone call. Sanders was introduced to the Newport location a few months prior and described Northern Express Care as a “very innovative and bold idea” that he hopes and expects will be replicated around the country.

“It is no great secret that in the United States, we have the most expensive health care system in the world,” Sanders said. “It is unaffordable and unsustainable. One of the many reasons that our health care system is so expensive is that there are millions of Americans who do not have a medical home and a doctor of their own. So when they get sick with a non-emergency problem, they go to the local emergency room which is far and away the most expensive primary healthcare in America.”

Sanders stated that it sometimes costs 10 times more to provide primary care to a patient than they would pay if they had gone to a community health center instead.
“So what NCHC and NCH are doing, is saying let’s figure a way to keep people out of the emergency room and give them good quality healthcare in the community,” Sanders continued. “This is a really, really important step forward.”

Sanders also spoke upon his vision to have the U.S. join every other major country and guarantee healthcare to all people as a human right.

“Our country still has tens of millions of people that are uninsured or under-insured that can’t seek medical attention or see a doctor when they need to,” he said.

In Vermont, over the last several decades, there has been progress made in expanding primary healthcare. According to Sanders, almost one-third of the people in Vermont go to community health centers spanning all across the state — with expansion still continuing to the southern parts of Vermont.

“Bottom line is, what we want to see in Vermont, is easy access to healthcare for everyone,” he said.

Costa introduced Gov. Scott by describing him as “the most genuine elected official that he has ever met.” Scott used his time to speak on the importance and impact that a facility such as Northern Express Care has on the community. He touched upon the challenges that Vermonters had faced over the last few years, living through a pandemic and now figuring out how to live with the ongoing price inflation.

Once the ribbon had been cut, attendees were invited inside for an open house and tour of the new building and its amenities.

“It is not about big plans or fancy ideas,” Costa said. “It is about what can be done, each and every day, to make Vermont a little better and to make the lives of Vermonters better.”

Newport joins Lyndonville and St. Johnsbury as the third Northern Express Care location. Its hours will be Monday-Friday 9-7:30 and Saturday 9-3. “After months of planning and work, we are thrilled that the Newport community will have a new option for convenient care, regardless of their ability to pay,” said Michael Costa, Chief Executive Officer of NCHC. “Community partnerships are key to improving life and access to care in the Northeast Kingdom. We are proud to partner with North Country Hospital to expand health care options in the region.”

Brian Nall, Chief Executive Officer of NCH said, “North Country Hospital is committed to improving the health of our community and we are grateful for this partnership to open a new walk-in care practice. The Northern Express Care model is ideal. It’s open to everyone, provides an additional option for urgent non-emergency healthcare needs, and helps people connect to and establish relationships with regular primary care providers.”

“We have put together an excellent care team for Northern Express Care-Newport,” said Chris Towne, Chief Strategy Officer of NCHC. “Starting on July 11th, Northern Express Care will be open Monday through Friday from 9:00 a.m. to 7:30 p.m. and on Saturdays from 9:00 a.m. to 3:00 p.m. Care will be provided with no appointment needed for individuals in need of assistance with minor illness or injuries for things like, sprains, bumps and bruises, respiratory illnesses, and vaccinations.”

More information about Northern Express Care can be found at www.NorthernExpressCare.org.

The community is invited to an open house and ribbon cutting celebration on Friday, July 8, 2022 from 2:00 – 4:30 at Northern Express Care – Newport, 137 Main Street. There will be special remarks, a ribbon cutting, tours, snacks, and give-a-ways. The NCHC Medical Assistant (MA) Program is a career pathway funded by the organization for team members to advance in their training and education. The program is offered to current employees and new employees who have an interest in entering or furthering their work in the medical field.

While in the MA program, the students work for and are paid by Northern Counties. They take courses through the Community College of Vermont, meet weekly as a group, and receive on the job education by working with experienced MA and nurse preceptors. There is an extensive list of clinical skills that require demonstrated proficiency to successfully complete the program and to maintain their role as a Medical Assistant.

NCHC’s CEO Michael Costa state, “At Northern Counties we are committed to supporting our team members to learn and grow in their fields. We do that through programs like this one, and by providing tuition assistance and dedicated funds for continued professional development.”

Costa continued, “We are proud of Carol, Crystal, Rebecca, Savannah, and Sonia for their hard work throughout the MA Program. The knowledge and growth they gained through the past year will certainly help them to make a difference on their teams and in their patients’ lives. Congratulations to them all on their accomplishment!”

NCHC held a small celebration which included remarks by the CEO and the students’ supervisors.  Each of the MAs received a certificate of achievement recognizing their work and successful completion of the program. “The Northern Express Care model has expanded access to primary care services in Lyndonville and St. Johnsbury, and we are proud to partner with the North Country Hospital team to bring express care to Newport,” said Michael Costa, Chief Executive Officer of NCHC. “Northern Counties is committed to building thriving and healthy communities throughout the Northeast Kingdom, and we are thrilled to become a part of downtown Newport.”

Brian Nall, Chief Executive Officer of NCH, said, “Northern Express Care – Newport is an exciting opportunity for our community. People will have expanded access to immediate care, with no appointment needed, regardless of their ability to pay. This will certainly help meet a need we are seeing in our service area.” Brian continued, “Northern Counties provides an ideal partner for this addition to downtown Newport. Their experience, mission, and collaborative efforts will certainly help provide an additional option to patients for urgent non-emergency room healthcare needs.”

Chris Towne, Chief Strategy Officer at NCHC added, “Northern Counties will be forming an excellent team of care providers to operate Northern Express Care – Newport, and will be open into the evening hours and on Saturdays. Our team will provide walk-in care for things like minor illnesses or injuries including, sprains, bumps and bruises, allergies, respiratory illnesses, and vaccinations, and can help connect people with a regular primary care provider.”

This is not the first endeavor between these two organizations. In 2016, NCH partnered with NCHC to open the Orleans Dental Center.

Northern Express Care-Newport is expected to open sometime this summer and will be located in the former UPS store at 137 Main Street. 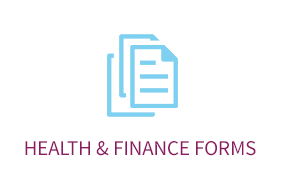 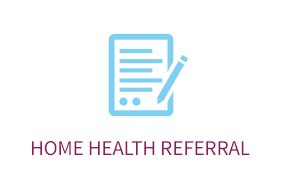 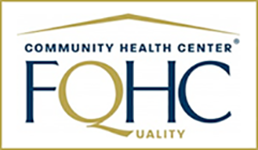 Please click here for details on COVID-19 vaccination and testing in your area.
+